CITY OF GIRLS, BY ELIZABETH GILBERT

"AN ABSOLUTELY DELIGHTFUL  AND TRANSPORTING   NOVEL, FULL OF  NEW YORK CITY HISTORY AND MEMORABLE CHARACTERS. IT WILL MAKE   YOU FORGET  WHAT'S HAPPENING OUTSIDE!"

REQUEST THE BOOK
Eighty-nine-year-old Vivian recounts her life after being kicked out of Vassar College, living in Manhattan with her Aunt Peg and the personal mistake that resulted in a professional scandal.

Someone told Vivian Morris in her youth that she would never be an interesting person. Good thing they didn't put money on it. The delightful narrator of  Gilbert's (Big Magic, 2015, etc.) fourth novel begins the story of  her life in the summer of  1940. At 19, she has just been sent home from Vassar. "I cannot fully recall what I'd been doing with my time during those many hours that I ought to have spent in class, but—knowing me—I suppose I was terribly preoccupied with my appearance." Vivian is very pretty, and she is a talented seamstress, but other than that, she is a silly, naïve girl  who doesn't know anything about anything. That phase of  her life comes to a swift end when her parents send her to Manhattan to live with her Aunt Peg. Peg is the proprietor of  the Lily Playhouse, a grandiose, crumbing theater in midtown that caters to the tastes and wallets of  the locals with week after week of  original "revues" that inevitably feature a sweet young couple, a villain, a floozy, a drunken hobo, and a horde of  showgirls and dancers kicking up a storm. "There were limits to the scope of  the stories that we could tell," Vivian explains, "given that the Lily Playhouse only had three backdrops": 19th-century street corner, elegant parlor, and ocean liner. Vivian makes a close friend in Celia Ray, a showgirl so smolderingly beautiful she nearly scorches the pages on which she appears. "I wanted Celia to teach me everything," says Vivian, "about men, about sex, about New York, about life"—and she gets her wish, and then some. The story is jammed with terrific characters, gorgeous clothing, great one-liners, convincing wartime atmosphere, and excellent descriptions of  sex, one of  which can only be described (in Vivian's signature italics) as transcendent. There are still many readers who know Gilbert only as a memoirist. Whatever Eat Pray Love did or did not do for you, please don't miss out on her wonderful novels any longer. A big old banana split of  a book, surely the cure for what ails you. (Kirkus Reviews, March 1, 2019)

Posted by Hewlett-Woodmere Public LIbrary at 6:54 PM No comments:

THE NICKEL BOYS, BY COLSON WHITEHEAD 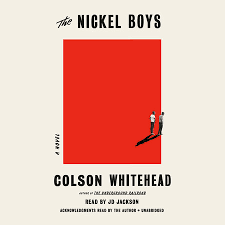 The story of two boys sentenced to a hellish reform school in Jim Crow-era Florida.
As the Civil Rights movement begins to reach the black enclave of Frenchtown in segregated Tallahassee, Elwood Curtis takes the words of Dr. Martin Luther King to heart: He is "as good as anyone." Abandoned by his parents, but kept on the straight and narrow by his grandmother, Elwood is about to enroll in the local black college. But for a black boy in the Jim Crow South in the early 1960s, one innocent mistake is enough to destroy the future. Elwood is sentenced to a juvenile reformatory called The Nickel Academy, whose mission statement says it provides "physical, intellectual and moral training" so the delinquent boys in their charge can become "honorable and honest men."

Posted by Hewlett-Woodmere Public LIbrary at 7:12 PM No comments:

THE DUTCH HOUSE, BY ANN PATCHETT 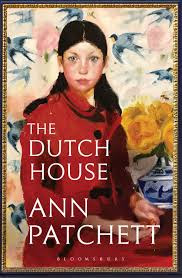 Patchett's eighth novel is a paradise lost tale dusted with a sprinkling of Cinderella, The Little Princess and Hansel and Gretel. Two siblings, Maeve and Danny Conroy, bond tightly after their mother leaves home when they're 10 and 3. Home is the eponymous Dutch House, a 1922 mansion outside Philadelphia that their father, Cyril, a real estate mogul, bought fully furnished in an estate sale as a surprise for his wife in 1946, when Maeve was 5. The house, built by a Dutch couple who made their fortune in cigarettes, is grand, with an ornate dining room ceiling, six bedrooms on the second floor, and a ballroom on the third floor. His wife, Elna, hates it, aesthetically and ethically. After she flees, ostensibly to India to devote herself to the poor, her family suffers, as if "they had all become characters in the worst part of a fairy tale," Patchett writes.

Posted by Hewlett-Woodmere Public LIbrary at 3:43 PM No comments:

THE NIGHT TIGER, BY YANGSZE CHOO 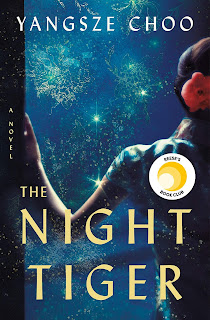 Quick-witted, ambitious Ji Lin is stuck as an apprentice dressmaker, moonlighting as a dance hall girl to help pay off her mother’s Mahjong debts. But when one of her dance partners accidentally leaves behind a gruesome souvenir, Ji Lin may finally get the adventure she has been longing for.
Eleven-year-old houseboy Ren is also on a mission, racing to fulfill his former master’s dying wish: that Ren find the man’s finger, lost years ago in an accident, and bury it with his body. Ren has 49 days to do so, or his master’s soul will wander the earth forever.
Yangsze Choo's The Night Tiger pulls us into a world of servants and masters, age-old superstition and modern idealism, sibling rivalry and forbidden love. But anchoring this dazzling, propulsive novel is the intimate coming-of-age of a child and a young woman, each searching for their place in a society that would rather they stay invisible.

Posted by Hewlett-Woodmere Public LIbrary at 1:07 PM No comments:

WHEN ALL IS SAID, BY ANNE GRIFFIN 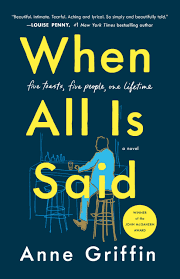 If you had to pick five people to sum up your life, who would they be? If you were to raise a glass to each of them, what would you say? And what would you learn about yourself, when all is said and done?
This is the story of Maurice Hannigan, who, over the course of a Saturday night in June, orders five different drinks at the Rainford House Hotel. With each he toasts a person vital to him: his doomed older brother, his troubled sister-in-law, his daughter of fifteen minutes, his son far off in America, and his late, lamented wife. And through these people, the ones who left him behind, he tells the story of his own life, with all its regrets and feuds, loves and triumphs.
(www.goodreads.com) 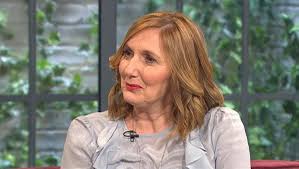 REQUEST THIS BOOK
Posted by Hewlett-Woodmere Public LIbrary at 6:27 PM No comments: 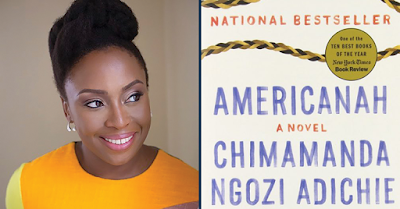 I hope you enjoy ‘Americanah’ – which I like to think of as a book about love, immigration, race, hair, and so much more.”-Chimamanda Ngozie Adichie

Chimamanda Ngozi Adichie's third novel, Americanah is the story of two Nigerian émigrés who love and lose each other across continents and years. It is a book about leaving, and loneliness and the intersection between class and race, all of which makes it sound rather hard work – unjustly so. It is a book about hair: straight versus afro; and discreet tensions, not just between white Americans and Nigerian immigrants, but between Africans and African Americans, between the light- and dark-skinned, between new and established immigrants, and its frankness – in particular on the subject of gender – has upset some people. "I knew that was coming," says Adichie. "I can't write a book like that and then go, 'Oh my God, they're upset.' But my intention wasn't to upset." She smiles. "It's just that I'm willing to if that's what it takes to write the book." Review from The Guardian

Posted by Hewlett-Woodmere Public LIbrary at 5:58 PM No comments:

INHERITANCE: A MEMOIR OF GENEALOGY, PATERNITY, AND LOVE, BY DANI SHAPIRO 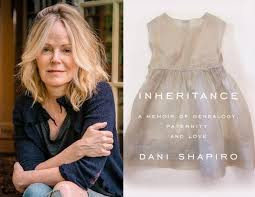 PLACE A REQUEST FOR THIS BOOK


What makes us who we are? What combination of memory, history, biology, experience, and that ineffable thing called the soul defines us?
In the spring of 2016, through a genealogy website to which she had whimsically submitted her DNA for analysis, Dani Shapiro received the stunning news that her father was not her biological father. She woke up one morning and her entire history–the life she had lived–crumbled beneath her.
Inheritance is a book about secrets–secrets within families, kept out of shame or self-protectiveness; secrets we keep from one another in the name of love. It is the story of a woman’s urgent quest to unlock the story of her own identity, a story that has been scrupulously hidden from her for more than fifty years, years she had spent writing brilliantly, and compulsively, on themes of identity and family history. It is a book about the extraordinary moment we live in–a moment in which science and technology have outpaced not only medical ethics but also the capacities of the human heart to contend with the consequences of what we discover.

Posted by Hewlett-Woodmere Public LIbrary at 11:51 AM No comments: